A Day in the Life of the Nature Preschool Classroom

Written by All Stars Montessori

What have the preschoolers in the Nature Classroom at All Stars Montessori been up to lately? We thought we’d give you a glimpse into a typical day so that you could see how busy they have been.

The preschool classes start their day with group time where they talk about the Letter of the Week and whatever the current theme is. During our time in the Nature Classroom, the children were learning all about Arctic Animals with Ms. Tracy, Ms. Kate, Ms. Jenn, and Ms. Kasie. (The timing couldn’t have been better with the Arctic weather we’ve been experiencing!)

During group time, they talked about the difference between the Pacific
Ocean and the Arctic Ocean. The children thought it was pretty amazing
that the animals in the Arctic could remain in the icy cold water without
freezing! After spending some time reading books that their friends had brought in to share, the children were even more curious about Arctic Animals – so the teachers decided to extend the theme into the next week so the learning could continue!

After group time it was time for Montessori work time. The children were extra busy in the Sensorial and Science areas! A sensory bin full of snow and Arctic Animals gave them a special appreciation for the way the animals live. And in the Science area, they had the opportunity to do a “blubber science experiment” so that they could learn about the extra blubber the Arctic Animals have to keep them warm and dry.  They all agreed that they wished they had some extra blubber to keep them warm and dry! In the Art area, the children had the opportunity to show their creative side as they made Polar Bears out of white paint using sponges.

Since the weather has been rather Arctic-like, the children had to be able
to move their bodies indoors so what better activity than walking like Penguins. There were lots of laughs as the children hobbled around the classroom with balloons between their knees. They really did look like a “waddle” of Penguins!

As the morning came to a close and the children began to wash up for lunch, there was no question that after all of the time spent exercising their minds and their bodies, they would be ready to fuel up with lunch and then head off to rest time. (One of the children was extra ready for rest time wearing his Polar Bear pajamas that all of his friends loved!)

We sure had fun hanging out with the Nature Class! We sure appreciate Ms. Tracy, Ms. Kate, Ms. Jenn, and Ms. Kasie letting us spend the morning with them! 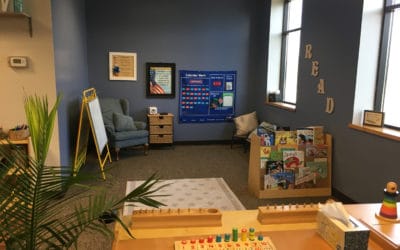 Now that a new year is underway, it’s time to start considering the options for your preschooler in the upcoming school year. Studies have shown... 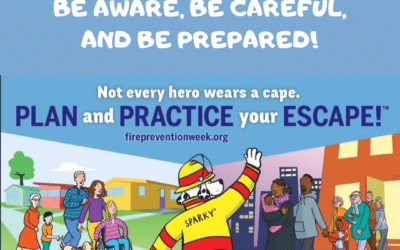 Fire Safety: Be Aware, Be Careful, and Be Prepared!

Did you know that fire is the third leading cause of death in children? And even though the number of deaths caused by fires each year is declining,...

If you are the parent of a picky eater, you’ve probably tried your share of tricks to get them to eat their fruits and vegetables. From pleading and...